The aim of any educational system is to create an environment that will entice people to think critically. Critical thinking constitutes a wide domain that starts from the pole of the “expert”, one that is overwhelmed by facts, to the world of the psychic, in which we tend to be seduced by stories. The former tries to investigate probabilities, the latter seeks to explore possibilities. Somewhere in the middle, we have to strike a balance, so as neither to allow ourselves to be seduced by lying weases, who masquerade as experts; nor should we allow our minds to be overridden by emotional bias.

While the West seems to have given too much weight to the domain of rational choice, the East seems to have limited itself to the world of imagination. I know that this is a bit of an overstatement, or at best an approximation of the reality. Using our wits to decide about our own destiny in life needs more than balanced intellectual and emotional faculties, it needs liberty. To think You ve to be free to think; you ve to be empowered to think critically.

Not only does the hierarchical formation of society disempowers and disenfranchises citizens, but it also creates dis junctures in the policy-making cycle, as it alienates rather align values, it makes politics conflictual rather than compromising, and it ignores the role of science in advancing the frontier of knowledge by overemphasizing rules and obligations that manifests one group's cultural and intellectual superiority. Ironically, national elites bought into this fallacy full-heartedly.

Before we could grapple well with the challenges of the Colonial Era, we found ourselves faced with the challenges of Post-Colonialism, and most recently imperialism. What sort of an educational philosophy needs to be adopted to unleash the unlimited potential of the human mind, and to make its soul worth serving the objectives of an international moral economy? How can we go beyond the paternalistic view of changing to the participatory approach of transforming? In the first we are agents, in the second we are facilitators.

The strategy of building an enlightened citizenry with collective action capacities is the basis of sustainable development. Albeit, there is nothing in the text of the SDGs that really explains how the new goals and targets for education, specifically Goal 4, will relate to all the other SDGs most of which have educational dimensions, or why “reaching the furthest behind first” makes sense where failure to deliver services is systemic, rather than on the margin of fundamentally sound education systems.

The SDGs locate education more as part of the definition of development than as a means to achieve it and fail to advance discussion of what kind of education is to be valued for what purpose?
Keith Lewin asserts that “an opportunity has been missed to dwell more on that which transforms minds, hands and hearts and offer insight into what education designed to promote development that is climate friendly, human rights respectful, and economically advantageous might look like”.

This mandatory pursuit of endless industrial growth is chewing through our living planet, producing poverty at a rapid rate, and threatening the basis of our existence. To tackle the irrationality of endless growth head-on, we need to point out that capitalist growth — as measured by GDP — is not the solution to poverty and ecological crisis, but the primary cause. And we need a measure of human progress that gears us not toward more extraction and consumption by the world’s elite, but more fairness, more equality, more wellbeing, more sharing, to the benefit of the vast majority of humanity.

Genuine efforts must be exerted by Sudanese intellectuals or scholars, and their friends worldwide, to form a coalition of progressive forces, who by revising policies that have a disproportionately greater impact on one group than upon others, can develop practical solutions to resolve the dilemma of those underdeveloped and underprivileged populations. By understanding society and reinterpreting its formation, participants can design transitional reformist demands that aim not at changing the society but transforming it through the creation of logical framework or a system that is rational and humane. Only through proper education and political socialization processes can nations heal and voluntary join in a union that preserves their dignity and grants them necessary services. 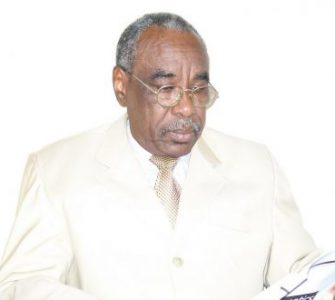 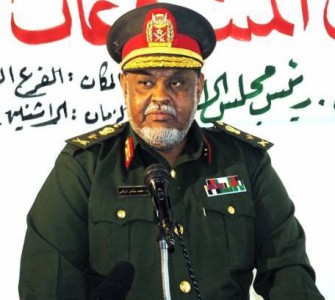